WHAT iS POWER FACTOR CORRECTION?

Electric motors have to be supplied with more energy than they need to do their job because they require a certain amount of electricity just to maintain the necessary magnetic field. This ‘extra’ power is known as reactive (or magnetizing) power, and while utility companies provide a limited amount of it for free, customers with high reactive power loads are paying for electricity that is not doing any useful work.

The challenge is to reduce the amount of wasted energy and achieve the most efficient use of the electricity being bought.

An electric motor that is not doing any work will generally show a value between 25% and 30% of full load current because of the continuous demand for magnetising current.

Capacitance is also considered to be a reactive power component but in fact its impact in an electrical circuit is to neutralise or compensate for the reactive power. PFC capacitors offset a proportion of the reactive power drawn from the supply to make your company’s power usage more efficient and saving your business money on energy bills.

This eliminates the reactive power charges as well as reducing the load on the system and potentially extending the life of components. Because power capacitors have no moving parts, maintenance is minimal. They are also electrically efficient, so their use on a network does not significantly increase the active power requirement. 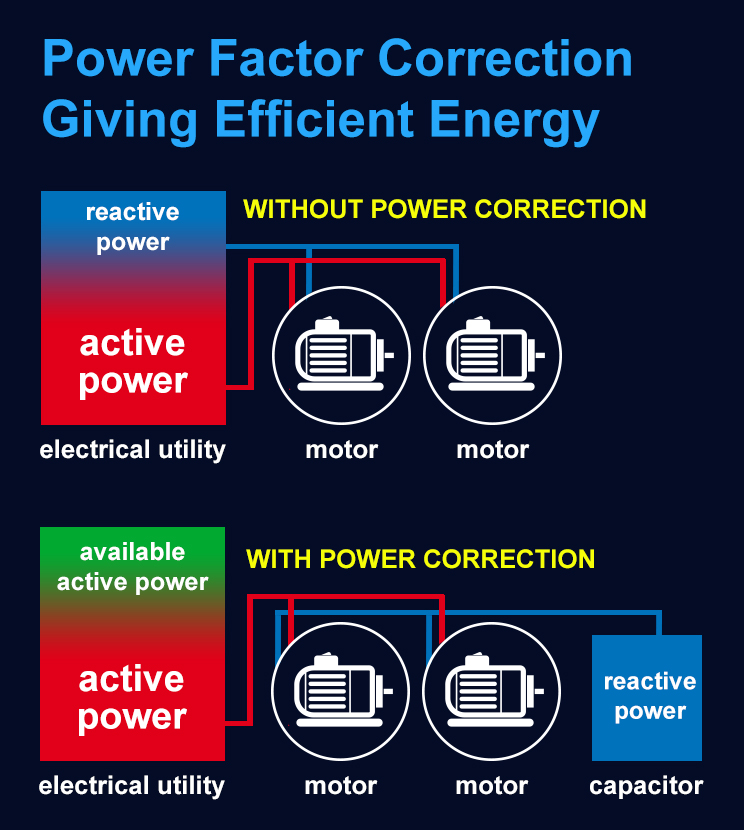